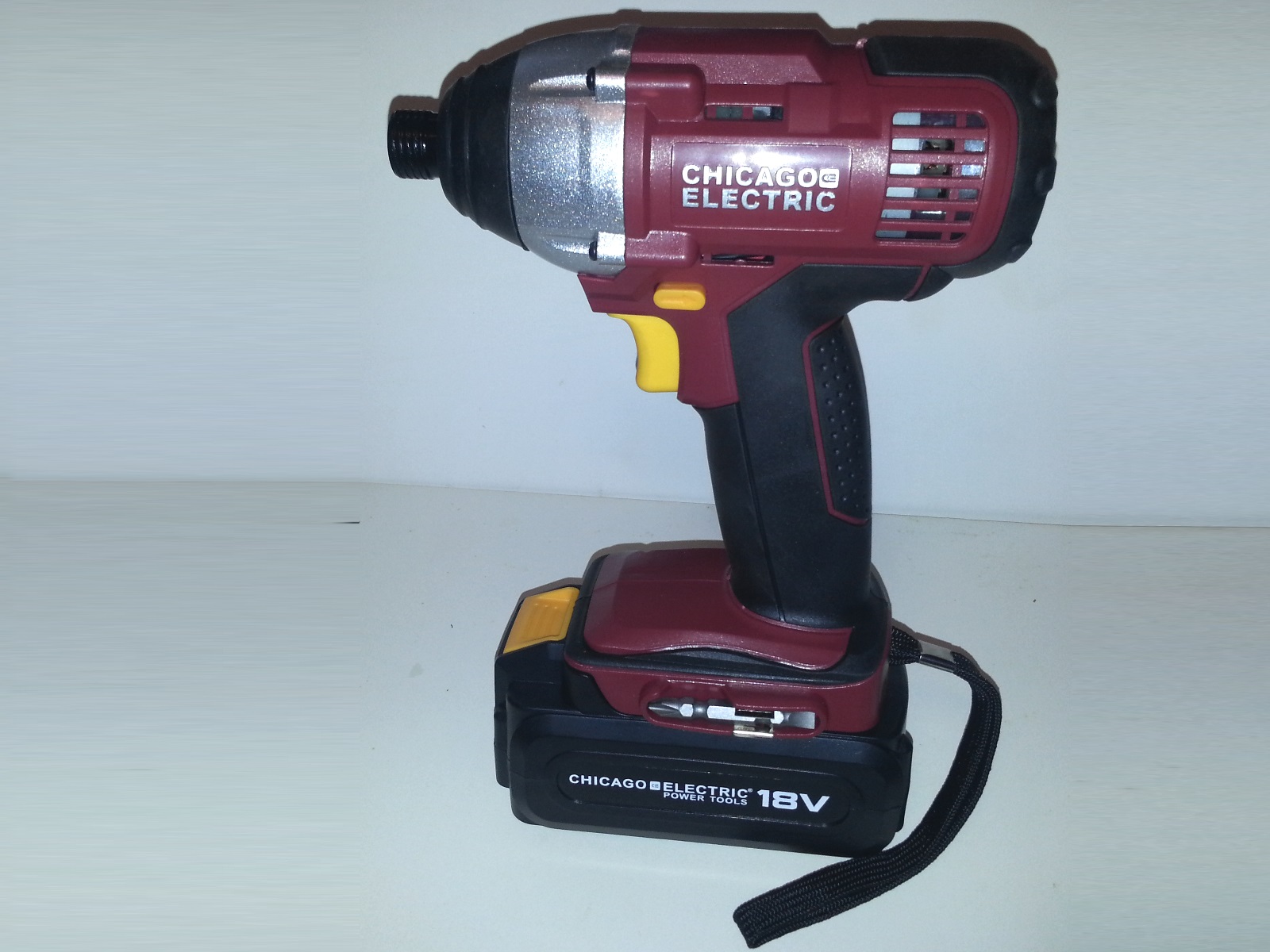 For fathers day 2017 my sons gave me some money to spend on some tools I’ve been wanting. Thanks to you both.

First on the long list of tools I’ve been wanting was a 1/4 inch impact driver with a battery that actually works. So with that in mind I swung by my local Harbor Freight and bought one of their 18v 1/4 impact driver packages. It’s the driver, charger, and single battery in a fitted plastic box. Normal price is $99.00, but it was on close out at $39.97. I’ve seen it priced at ~$99.00 in store before, but I think that it’s usually right at ~$40.00. I also purchased a magnetic bit holder for $2.00.

I gave the cashier a 20% coupon figuring .40 off of the $2.00 bit holder was something. The other cashier was desperately tying to get me to buy the warranty so I didn’t really look at my change. I noticed later that they had applied the 20% coupon to the impact driver, saving me about $8.00. I swore you couldn’t use a coupon on close out items, so either I was wrong or I just got hold of a nice cashier. I’m happy either way.

Right out of the box

The new battery with a full charge shows 20.5v on my meter. I’m no electrician, but based on experience that’s about what I would expect.

I ran a few deck screws into some treated lumber, and it runs quite well. This is the first run on it, so I expect it to be strong, it will be interesting to see how it runs in a year.

Why not use the Dewalt?

The Dewalt driver I’ve mentioned, was a hand me down. If I remember right, my father bought it second hand, and it was well used. It looks pretty rough, but to it’s credit, it runs like a champ. The issue is that the Dewalt branded battery is out juice after 3 or 4 deck screws. I’m not knocking Dewalt, that battery didn’t owe anybody anything.

I’ll continue using the Dewalt impact driver, but the battery is an exercise in frustration. I’m going to convert it to run off of a ~15v power supply. This means it will have a cord attached to it, but it will have full power all the time.

Simply put, I want an impact driver that I can throw in my tool bag when I’m away from my shop. The Harbor Freight impact driver and an extra battery will cost me less than just one new battery for the Dewalt.

If I can buy 2 tools for about the same price as a name brand tool, I usually buy the cheap one. When the cheap one craps out on you, you’ll know how long the cheap tool will last and also if you depend on the tool enough to make quality of the name brand worth the cost. Then you either replace the low cost tool, or upgrade to he name brand.

The Harbor Freight 18v battery is substantially larger than the Dewalt 14.4 battery, but the drivers and their chargers are roughly the same size.


As I use the new driver I’ll add notes and photos to this post.