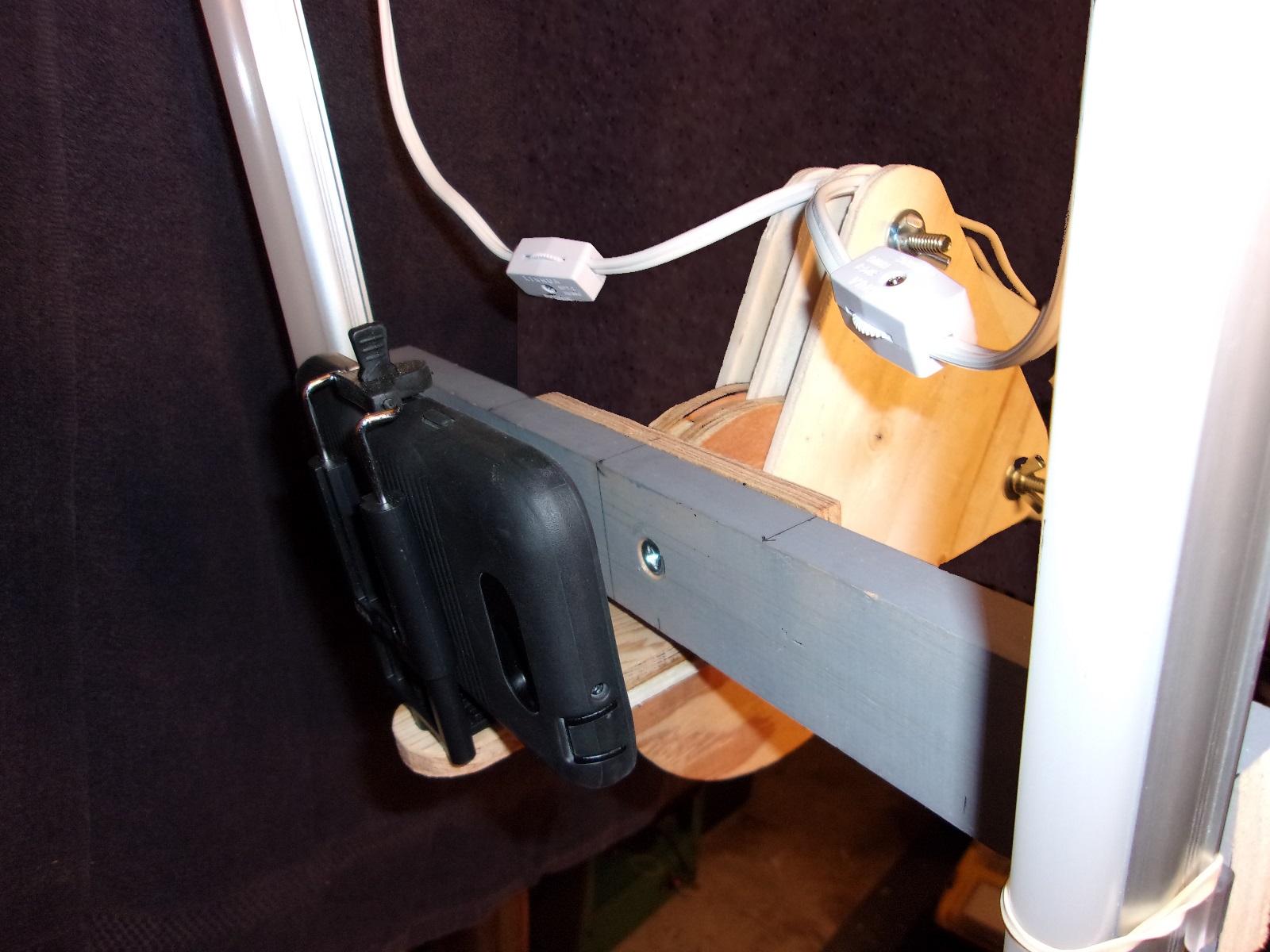 Mounting the arm to the ceiling 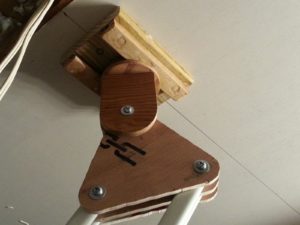 After testing the new hardware everything seemed to work pretty well, so I started working on the ceiling attachment pad. The part that attaches to the pad required several versions to get a fairly stable mounting area. I managed to hang it from the ceiling and get a look at where everything was going to hold steady. 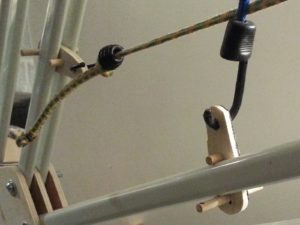 Then started working on how to deal with the tensioners. I had thought about using springs but, had also been thinking of using regular old bungee cords. I figured bungees are inexpensive, I can set them to whatever length I want, and they are easy to move around because they have a hook on each end. So my next task is to figure out how to attach the bungee cords to the arms. I came up with a lever trapping system with an eye on the end of it to hook the bungee cord through. I think it worked out pretty well or at least so far I’m very happy with it.


I decided to replace the bungee cords you see in the photos above since they seemed to be a little worse for wear. They weren’t new, and the elastic inside one for the bungees broke inside the outer sleeve. The new ones have the painted metal ends, so they’re thinner than the plastic ends… FYI, the plastic ends on the ones that I have, have a metal core that closely resembles the painted versions, they’re just not as think since they don’t have the plastic coating on them.

Designing and building the camera and light head

I knew I had several ways I could build the camera and light head, and much would depend on the amount of articulation I actually needed.
I cut out a wooden circle with a notch in it to hold a tongue for the camera. The crossbar pad to hold the lights also sits in that notch. It seems to be pretty stable and the lighting solution at least for now is simply a wooden bar with two LED light bars attached, one on each end. I’m really just throwing fill light in, and not trying to take pictures of people, so I don’t need it to be too flattering.

A more detailed view of the Camera Head

The lights I purchased for the set up are made so that you can run them in series, but at the moment I have the two lights attached far enough apart that I can’t use the link wire. If I decide to add a third or fourth light, I’ll be able to run them in series using the pigtails that come with the lighting system. For now, the cables just simply run up the arm to a extension cord.

Thoughts on the Ceiling Mount

I need to make a modify the ceiling mount, it’s very rigid because I have it tightened down a lot, but I have to get up on a ladder to turn it at the ceiling, and that might be a little much. I will probably also trap the pad that it rotates on, so that it’s not possible to walk it out of the ends of the ceiling mount slot. I may add a arm from the mounting point to give me enough leverage to rotate the mount while standing on the floor. We’ll just have to see what works best.

So far I’m pretty happy with the setup. It doesn’t have the ability to slide across the ceiling on rollers, but I can always go down that route if I need to, but for now I’m literally screwing the mount into the ceiling. I’ll just move it if and when I need to. I don’t think that’s going to be a huge deal, and it lends the arm a lot of stability.